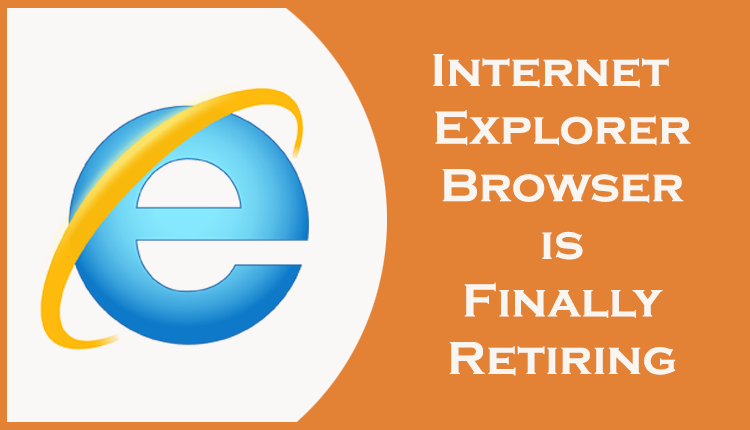 As of Wednesday, Microsoft will no longer support the 27 year old once leading browser that outranked other browsers like Mozilla Firefox and Google Chrome. The move comes out to support the recent Web Browser Microsoft Edge. After 15 June 2022, if you click on the iconic blue “e”, you will be redirected to Microsoft Edge. A year ago, Microsoft announced that Internet Explorer 11 is now incompatible with Microsoft products.

The Blog States; “Not only is Microsoft Edge a faster, more secure, and more modern browsing experience than Internet Explorer, but it is also able to address a key concern: compatibility for older, legacy websites and applications,”

The very first version of Internet Explorer was introduced in 1995. It was launched in the market as a competitor of the leading application Netscape Navigator. Its launch indicated the beginning of the end of the Navigator. Microsoft further ties IE and Windows operating systems resulting in many users simply using it as default. This move resulted in many battles including Justice Department suing Microsoft in 1997. Microsoft also entangled with European regulators who say binding Internet Explorer with Windows operating system gave it an unfair advantage against competitors like Google Chrome, Mozilla Firefox, and Opera.

In recent years, Internet Explorer faces downstream in the browser market. Many users claim that the browser is slow as well as vulnerable to hackers. Consequently, its share drastically declined from the topmost position of 90% in early 2000.

As per internet analytics company Statcounter’s recent research, chrome is dominating the market with a share of 65% followed by Apple Safari with a 19% share of the worldwide browser market.